Some of my favorite moments

Developmental milestones. Every mom anxiously waits for them. Every other mom checks in and asks if your baby is reaching them. Pediatricians test for them. The books describe them. And when they happen, we cheer! We breathe a sigh of relief. We document them through photos and “Baby’s Firsts” journals and calendars. The first time she sleeps through the night. The first smile. The first time he rolls over. Her first time babbling.

For me, it has been the little milestones in-between that I connect with the most. The simple ones. The ones I haven’t read about in books. The ones I don’t share with our doctor. But rather, the ones that are shared just with my baby and me. The ones I see happen quietly in the arms of his daddy.

I will never forget the look on his face the first time he looked up while breastfeeding and gazed into my eyes. He looked shocked at first. Then squinted his eyebrows in confusion. Followed with a great, big smile. It was as if he realized for the first time that it was me who had been feeding him the past two months. As if he was looking at me with those big eyes saying, “it’s YOU!” 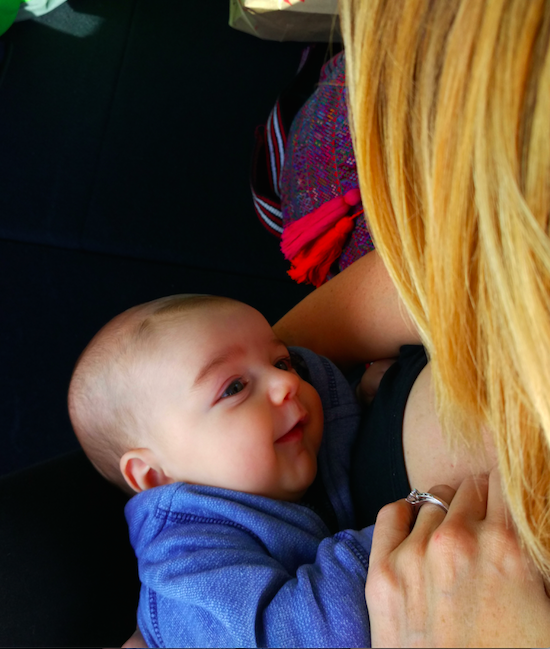 His first “goo” was simply adorable. We were so excited he was beginning to babble. We are both social butterflies and Luca is bound to be one as well! However, the first night he said “gah” was even more monumental. His first “gah” was a moment I really felt as though I was witnessing his language develop. Luca has always been a great communicator and I have felt connected with him since birth because of it. However, at the sound of his first “gah”, I truly saw him expressing himself verbally. I feel privileged to listen to him. I feel honored to be chosen as his mama. The one that will always seek to understand him. The one who will forever be his advocate as he speaks and expresses himself.

(As of now, at three and half months, his “goos” are reserved for happy times and he generally can be expected to yell “gah” when frustrated or upset.)

Other than the general babbling back and forth, the first time I really felt like Luca was trying to communicate with me was when we were reading his favorite book, “The Boy Who Lost His Name”. We had read about five other books previously and he seemed as though he couldn’t care less. However, once we began this story, Luca began to respond to the photos with wide eyes and began to babble on and on. He was giggling at parts of the story I thought were funny and seemed to be cheering on the little boy in the story who was looking for his name. It has so far been one of my favorite memories.

Wow. That smiles melts us. Every single time. Although adorable. a baby’s smile is generally a social smile. An act of imitation. His first giggle was even more heartwarming and more surprising for us. We just couldn’t believe it! It happened the first time when daddy was tickling him before bath time (which has since become a nightly ritual). His giggles when we play with him are the ones that I love the most. The ones that we seek out. The ones that really show his personality and his preference for activities. He giggles the most during bath time tickles and when he and I practice yoga together. 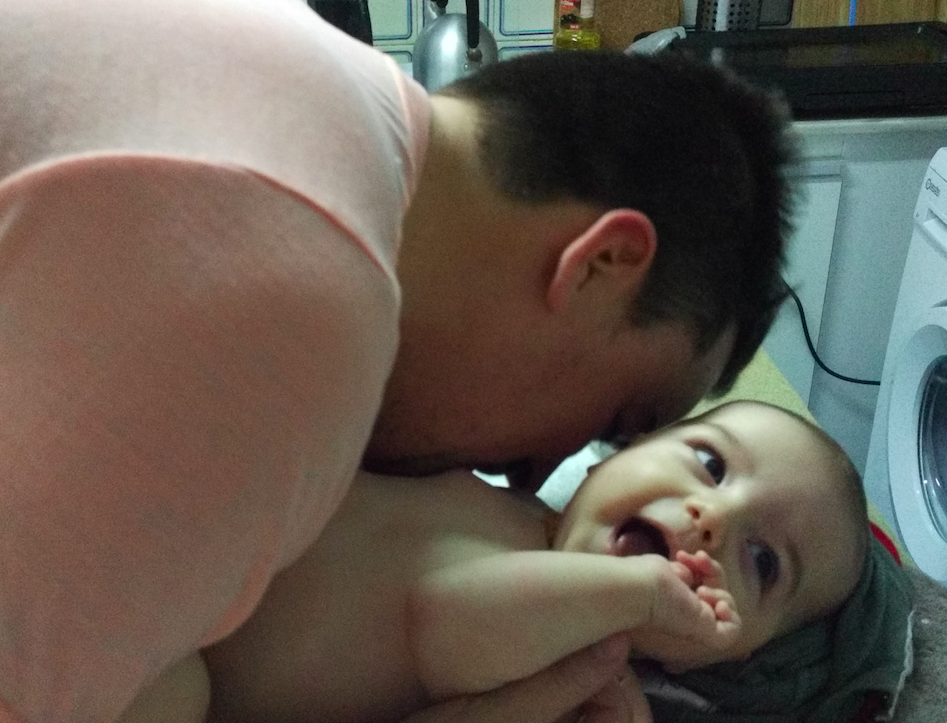 Oh my gosh. I remember the morning like it was yesterday. It was the first time I carried him out of his bed in the morning and instead of just relaxing in my arms, he placed his arm on my shoulder, around my neck. I melted right there. It was the sweetest feeling in the world to be hugged by my son. I remember telling Timi that day, “I love him today, more than I ever have before”. And each day that passes, I feel the same.

As a society we always talk about “the little things”, “life’s simple pleasures”. As a newborn mom, it is easy to get caught up with the routine and redundancy of the day. Another dirty diaper. Naps (or lack thereof). Feeding (for what feels like 100 times a day). Running errands. Buying more diapers. Trying to figure out how you’re ever going to take a shower (or get some sleep for that matter). Being a newborn mom is crazy hard, but it is also the most beautiful gift. It hasn’t been easy for me so soaking in these beautiful moments is what has helped me through. I try every day to focus on those little things, like his “goos”, “gahs”, and giggles. To soak in the simple pleasures, like the way the top of his head smells, the way he smiles at me when I walk into his room in the morning, the way he nuzzles his nose into my neck when he’s sleepy, or the way he loves to stare at his rubber ducky during bath time. These are the moments that are fleeting. These are the memories that could easily be forgotten two years from now. These are the milestones that matter. The ones that make it all worth it. These are the most precious moments of his life. The precious moments of our lives.

The Rules of Food in Spain

HOW ONE WORD CAN CHANGE YOUR LOCKDOWN EXPERIENCE

There is more than one way

“So, you help your competitors?!” 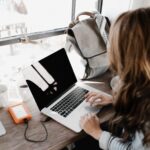 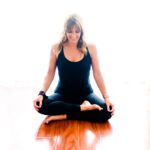 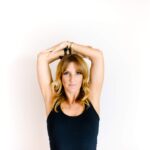 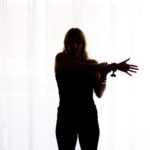